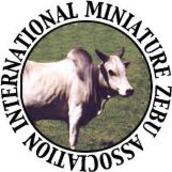 RCP Swede
He was imported from Sweden by Robert Purtscher in August 1990. Swede is credited for introducing the red and spotted genes in Zebu to the United States. 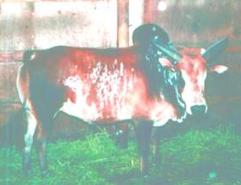 When you are walking around your pasture enjoying your little cattle, have you ever wondered who and what made it possible for you to own Miniature Zebu!  In the book, "Texas Importation," it states "Zebu cattle were introduced into the Gulf Coast in 1849, coped well with the heat."  So how did we get from there till today?

When you start researching Miniature Zebu cattle in the United States, the same names and places keep showing up.  In an article by Bill Buchanan in the Summer 1988 issue of the Zooculturist magazine, he wrote "To my knowledge, there are several private breeders of 'dwarf zebu' and perhaps a dozen zoos in the country that keep this interesting animal, primarily in children's zoos."

In the IMZA news letter "Nadudana Notes" dated April, 1991, it stated that "On 10 April, 1991, in the Lolli Brothers conference room in Macon, Missouri 29 owners and persons interested in Miniature Zebu met and agreed to form the International Miniature Zebu Association (IMZA)."

This sale is the "Place" in the country where several animal breed associations have been formed.  Lolli Brothers of Macon, Missouri, is centrally located in the country and is the place where IMZA members find a common ground to get together.  They can plan for the trip, bring livestock of any and all species and breeds to the sale and have their annual IMZA meeting all at one time and place.  Because this is the most logical spot for their meeting, it is also the most efficient in terms of cost.  The sale itself is an independently operated venture of Lolli Brothers; and, even though there are numbers of Miniature Zebu consigned, the sale is not sanctioned by the IMZA.  Lolli Brothers are appreciated for their efforts to serve the entire exotic animal industry.

In the summer 1991 issue of Exotic Livestock & Wildlife, James Morgan (past president of IMZA) stated "Very few Zebu were imported into the United States.  Records indicate that none were imported for at least 30 years, until last year (1990).  Robert Purtscher of Edelstein, Illinois, imported one bull, which is red and white pied, and two cows and two heifers.  These animals were imported from Sweden."

I found in my research; along with the five zebu that Robert Purtscher imported on August 7, 1990, from a zoo in Sweden, records indicate that Joel Bridges imported seven zebu from the Dominican Republic, some as early as October 22, 1991, and Bill Georges imported a bull from Brazil on January 1, 1977.  So where did your Zebu ancestors come from?  Who imported them? Most of the bloodlines found in the United States today were imported by zoos.  In 1991, James Morgan stated he had conducted a survey and had come up with about 50 private zebu owners which accounted for 118 bulls and 289 cows.  "I have also received information that 23 zoos in the United States have zebu.  They account for 25 bulls and 42 cows."  That accounted for 143 bulls, 331 cows, for a total of 474 known zebu in the United States.

"Most zebu owners only own a few head, with the exception of Bob Baker (past IMZA president) in Spokane, Washington.  He has been raising zebu cattle for 30 years (1978).

So who were these pioneers that started the growth of zebu in the United States?  The list below shows the way they signed the attendance list at the April 10, 1991, Zebu meeting in Macon, Missouri: 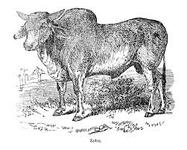 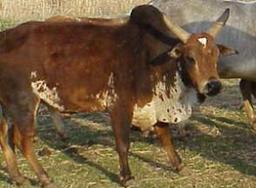 These were the breeders that started the popularity of Miniature Zebu cattle.  Without them, our pastures would be empty.  Pull out your Registration Certificates and look back and see how many of the breeders listed are represented.  Where would we be today with out Charles Wilson, Robert Purtscher, James Morgan, Bob Baker or Joel Bridges?

The Miniature Zebu market has evolved since its inception in the early 1990's.  Because of the efforts of these early pioneers, many of us don't have to rely on exotic auctions to obtain our Miniature Zebus, nor do we have to pay the same prices.

By starting your herd in today's market, you will see that the Miniature Zebu has maintained a very respectable value and the quality and availability of the animals is great.  Improved breed quality is based on the selective eye of the breeders and on the fact that the founders of IMZA knew that by keeping the pedigree records, the selections for mating are accurate.  This has allowed breeders to do comparative breedings and see which bloodlines are truly compatible as they strive to breed for the finest Miniature Zebu possible.  This is the legacy of the ongoing workings of the IMZA and its membership, the original and oldest Miniature Zebu Registry in the country, which reaches back to those eventful beginnings of April 1991.

Originating in India and Africa, Zebu are true miniature cattle and not bred down as many other breeds. Their ancestors date back to 3000 BC.

Distinguished by a well developed hump, Zebu are a tropical breed who love hot weather, although they do tolerate cool climates well with shelter. A relatively rare breed with only a few thousand in the United States, Zebu make wonderful pets and are ideal for small acreage farms.

Three to four animals can be raised on an acre and they are easy to confine. A fill grown miniature Zebu typically weights only 250-500 lbs. and measure 34-42 inches behind the rump

RCP Swede
Miniature Zebu come in many colors and patterns and we owe most of this to RCP Swede.
IMZA is actively seeking photos of RCP Swede, the three cows he was imported with or any of the calves he sired.  Can you help?
E-mail them to IMZA.